This tree is dedicated to David C. Driskell, a Distinguished University Professor of Art, Emeritus, as well as an artist, curator, and art historian. Driskell was a pivotal figure in bringing recognition to African American Art and was able to establish African American art as a legitimate and distinct field of study.1 He authored and co-authored a total of 11 books on the subject of African American Art, as well as 40 catalogs from his curated exhibitions. Driskell studied at Howard University and The Cathololic University of America, where he received a Master of Fine Arts degree in 1961.2 Driskell taught at several colleges and universities; he had said “some of his happiest years were teaching and making connections with students.”3 Throughout his life, he received many awards recognizing him for his work, including the Distinguished Alumni Award in Art from both universities he attended as well as the President’s Medal from the University of Maryland. In 2000, he received the Presidential Medal from former President Bill Clinton as a National Endowment for the Humanities recipient. As an artist, Driskell worked with multiple mediums, primarily in collage and mixed media. His work has been featured in many exhibitions in galleries and museums both in the United States and internationally.2 Sadly, David C. Driskell passed away at 88 years old on April 1, 2020 from complications with COVID-19.3 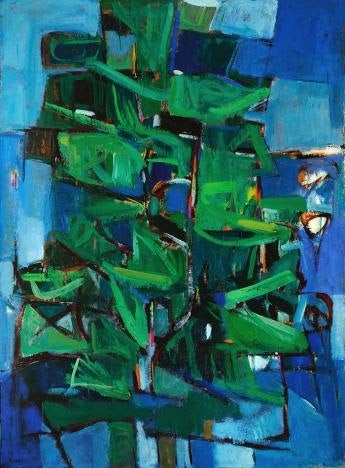 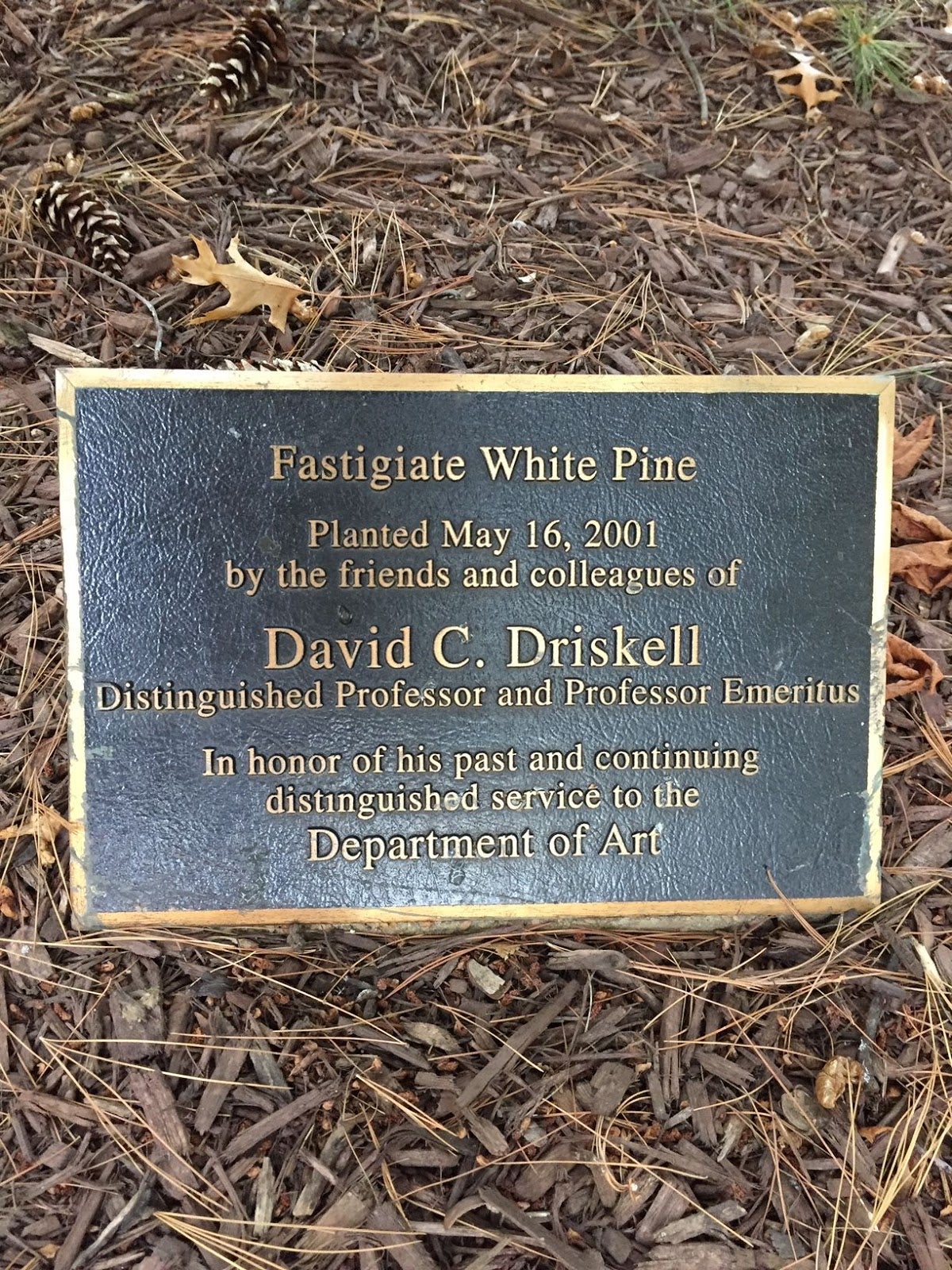 About the Fastigiate White Pine

The tree dedicated to David C. Driskell is located at the P. Mitchell Art-Sociology Building outdoor amphitheater. It is a Pinus strobus ‘Fastigiata,’ also known as an Eastern White Pine. This needled evergreen is native to northeastern United States and Canadaand prefers to grow in fertile soils and cool, humid climates from zones 3 to 8. This cultivar typically grows up to 30-40 feet tall with a spread of 7-10 feet wide. This particular type of white pine grows narrowly and upright, in columnar habit with branches that grow upwards. The foliage of this tree consists of soft, bluish-green needles 5 inches long that appear in bundles of 5. The cylindrical, light brown cones are attractive to birds but are not produced until 5-10 years. This tree is valued for its lightweight, straight-grained wood.4 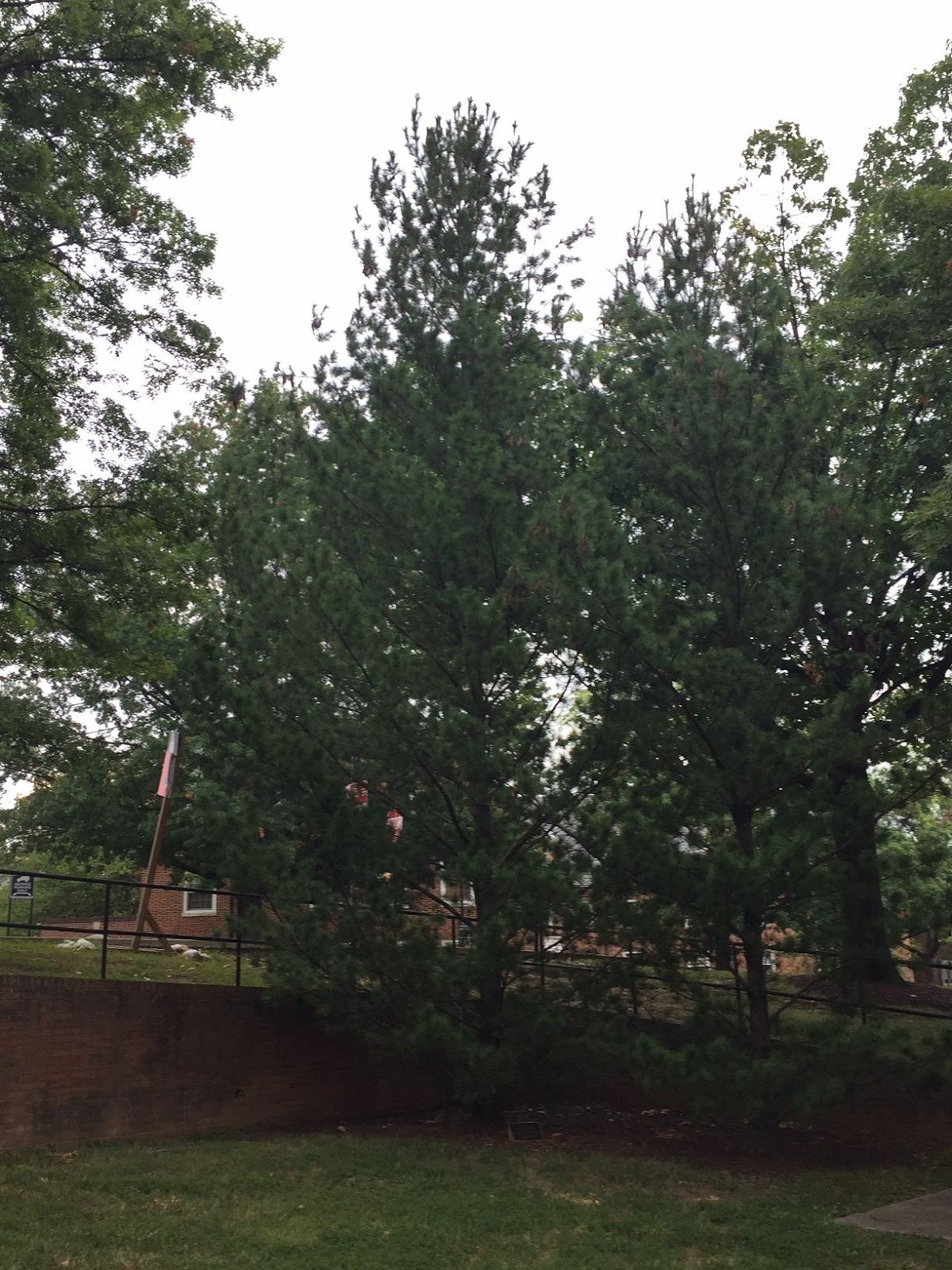 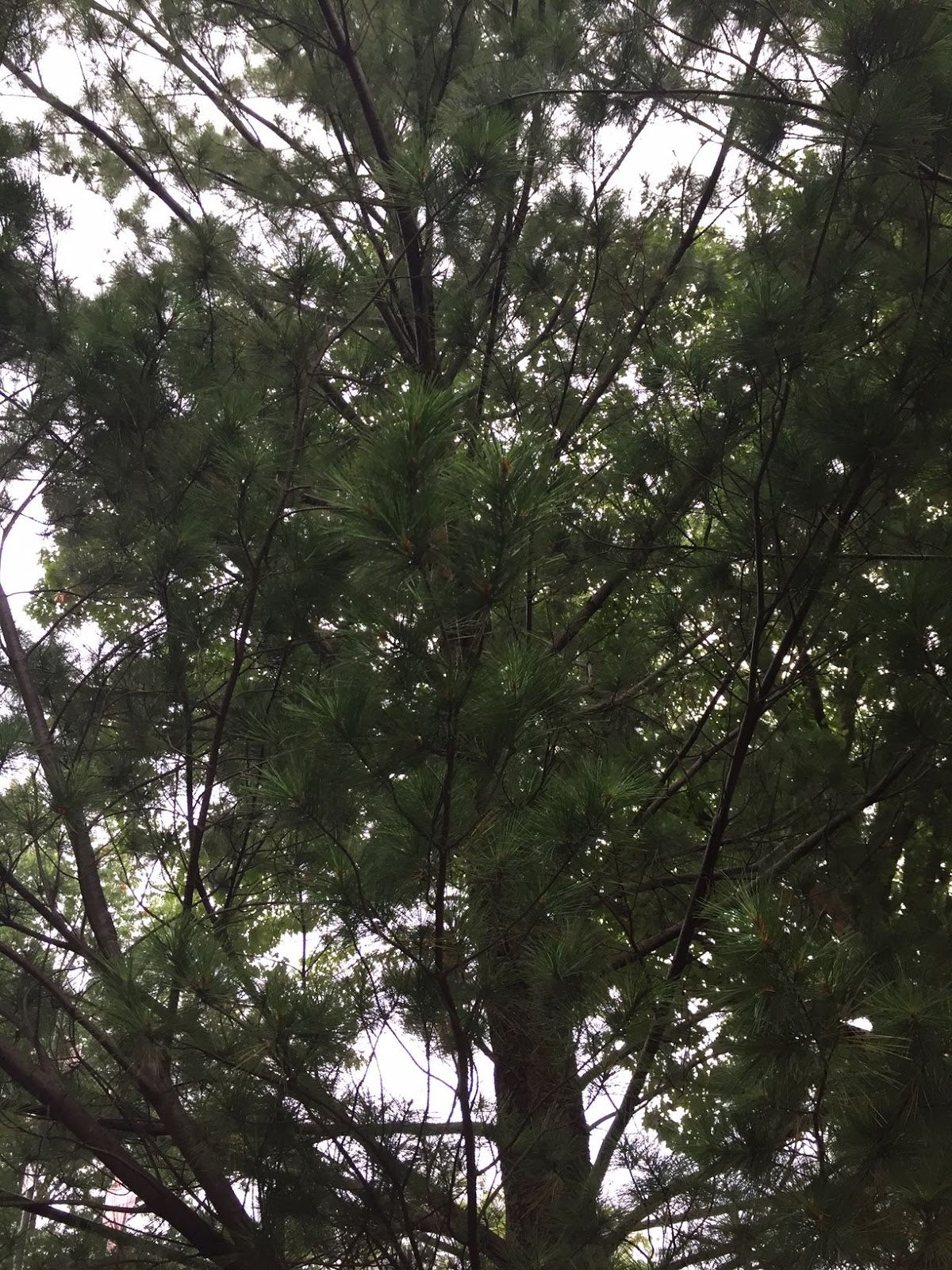