A serviceberry is dedicated to Kennedy Michael Fitzgerald, a student of Environmental Sciences in the UMD Honors Program. Fitzgerald was born in Florida and grew up in the Arcadia neighborhood of Baltimore City and later St. Michaels and Easton on the Eastern Shore. He graduated from Easton High School in 2005, where he was Class President. Fitzgerald was an Eagle Scout and avid traveler; he circumnavigated the globe as part of University of Virginia’s Semester at Sea program. He was also an outdoorsman, hunter, fisherman, snowboarder and dedicated naturalist. Fitzgerald dreamed of preserving and restoring the Chesapeake Bay and pursued employment opportunities such as at The Bistro and Environmental Concern, the Oxford Marine Laboratory and St. Michael’s Marina to get closer to his goal of doing so. Kennedy Fitzgerland passed away in a house fire in Easton, MD on August, 18, 2007, which also took the lives of his sister and girlfriend.1

The tree dedicated to Kennedy Michael Fitzgerald is located on the northeastern side of House #9 on Fraternity Row, which is currently occupied by the fraternity Alpha Sigma Phi. It is a common serviceberry (Amelanchier arborea), a large deciduous shrub/ tall tree that grows to 15-25 feet. The serviceberry flowers early before leaves form, with white flowers in drooping racemes (flowers on short stalks at equal distances from each other). The plant is covered in smooth, gray bark which looks scaly as it gets older. Its young leaves have small hairs that disappear with maturity.2 The leaves are finely-toothed and obovate (ovular but with a smaller base) and turn wine-red in autumn. The plant also features small, reddish-purple edible berries, which resemble blueberries and are often used in jams and pies. Serviceberries most commonly occur in rocky woods, wooded slopes and bluffs in nature.3 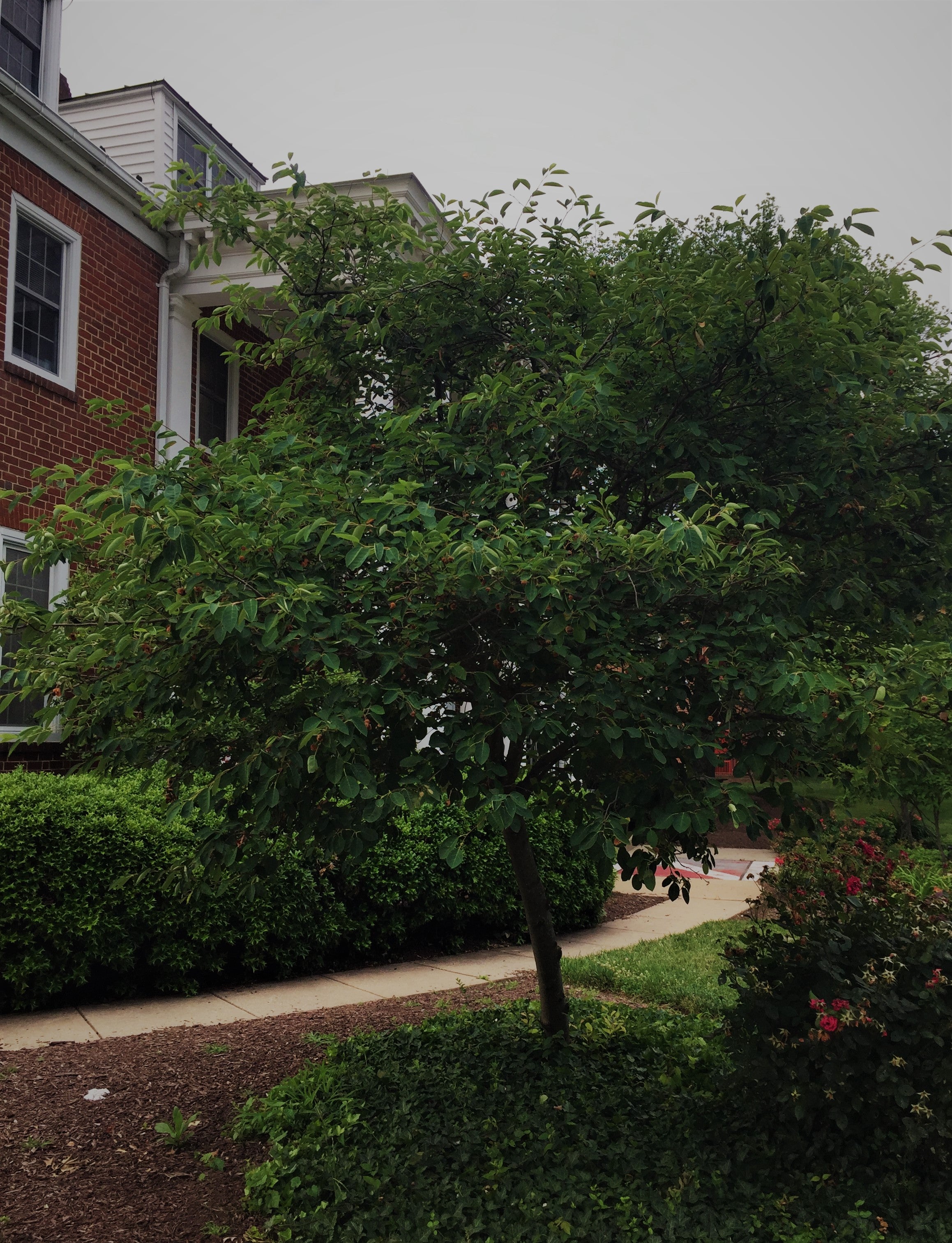