A yellowwood on campus is dedicated to Bahram Momen, an advanced statistics professor and research consultant in University of Maryland’s Environmental Science and Technology department. Dr. Momen received his B.S. from Sari Agricultural Sciences and Natural Resources University in Iran, after which he immigrated to the US in 1984. He received an M.S. from University of California Davis in 19881 and later went on to finish his PhD in environmental science and statistics at University of California Berkeley in 1993. He accepted his professorship at UMD in 2006, where he spent much of his time helping students and faculty with their research. Dr. Momen’s daughter described him, saying that “His students brightened his life. I don’t think he could’ve been happy doing anything besides what he was actually doing. His life was his family and work.” On top of statistics, Dr. Momen was knowledgeable in ecology, forest engineering and agriculture. In 2005, he received a teaching award from Gamma Sigma Delta, an international agricultural honor society, and the Paul R. Poffenberger Excellence in Teaching and Advising Award from the College of Agriculture and Natural Resources. He passed away on May 12, 2018, from a heart attack.2

The tree dedicated to Dr. Bahram Momen is located on the downward slope southeast of the Chapel garden. It is a yellowwood (Cladrastis kentukea), a medium-sized, deciduous tree of the legume family known for its yellowish green to later bright green pinnately compound foliage (feather or fern-like leaflets) and fragrant white to pink flowers that bloom in drooping, terminal panicles (loose clusters) in the spring. However, the blooms may be only every 2-3 years and may not bloom for the first 8-10 years. The tree also features flat seed pods and yellow color in the autumn. The yellowwood grows to be about 30-50 feet tall with upright branches and a large, rounded crown of leaves. It is native to the southeastern U.S. The yellowwood is named as such for the yellow dye that colors the dense, inner part of the tree. 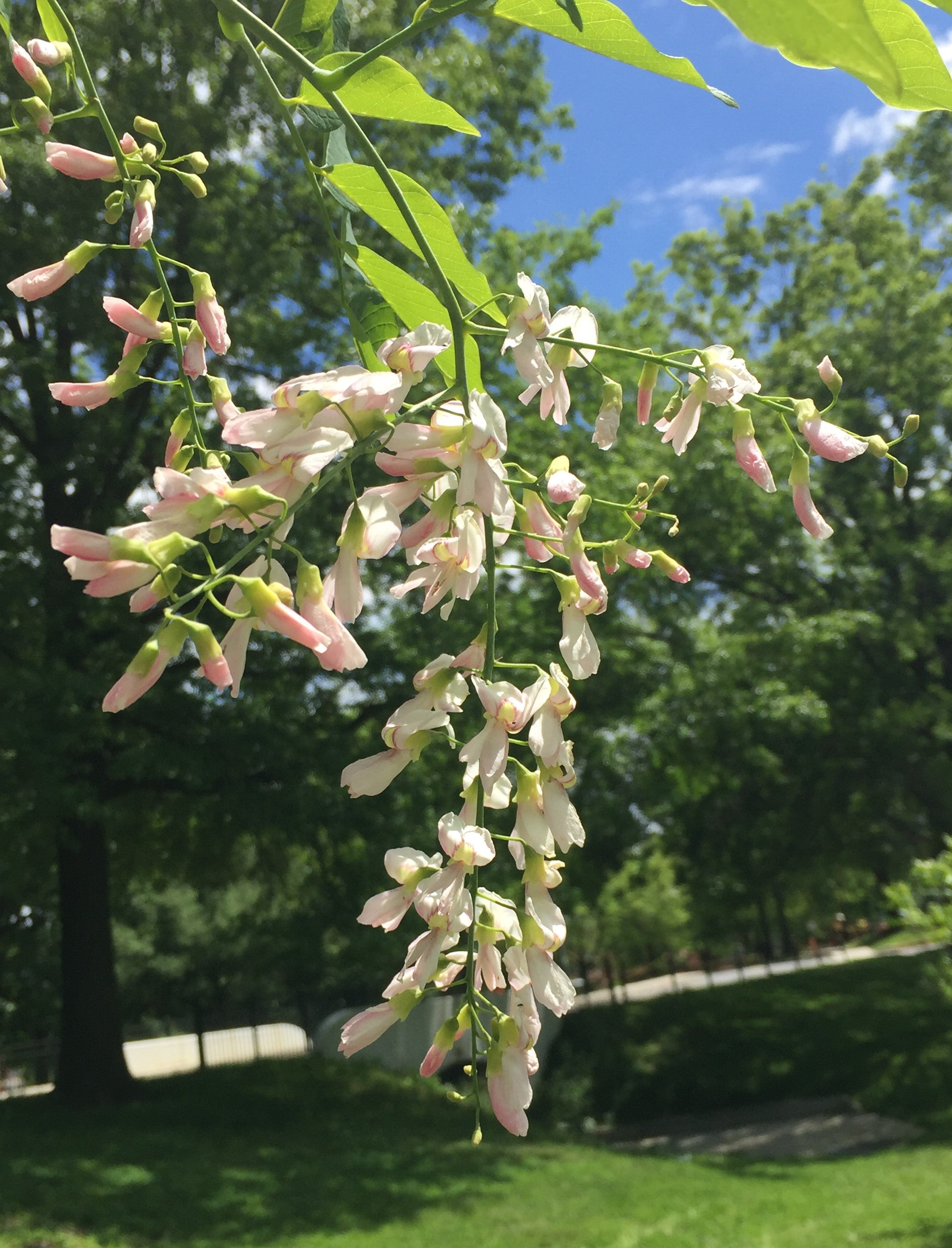 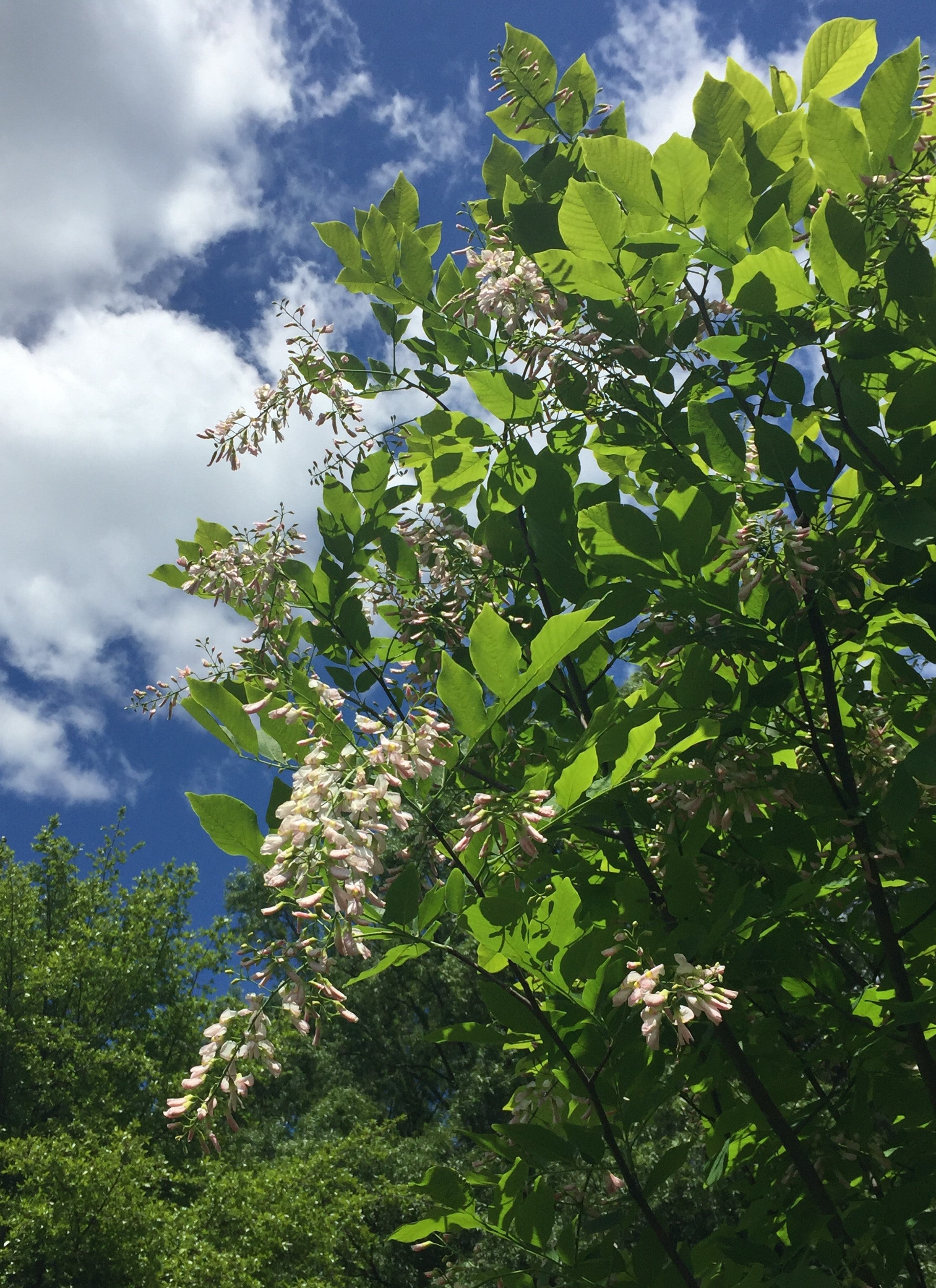