About the Student Government Association

The Student Government Association (SGA) has been a part of campus for 100 years. To commemorate this great accomplishment, we have decided to plant a tree in honor of their commitment to sustainability and helping students on this campus.  In the past 100 years, they have affirmed their commitment to making campus greener through many initiatives, most notably the creation of the Sustainability Committee (SSC) in the fall semester of 2008. By advocating for sustainability on campus and in the city, county, state, and nation, SSC and SGA have worked tirelessly to decrease the ecological footprint of the University of Maryland. This tree represents the lasting green impact that past and present student leaders have left, making the world better for all future Terps.

About the Nyssa sylvatica 'Green Gable'

The tree dedicated to the SGA is located south of the Chapel. It is a Nyssa sylvatica ‘Green Gable’, which is a deciduous, slow-growing tree1 commonly called a black gum, black tupelo, or sour gum. The ‘Green Gable’ variety has an upright, pyramidal shape, which distinguishes it from other Nyssa types. It features glossy, dark green foliage, a beautiful scarlet fall color and a smaller size than other Nyssa. The tree flowers in May to June with non-showy flowers, but the nectar attracts honey bees that make tupelo honey. The Green Gable also forms dark blue fruit that attracts birds.2 The fruit is technically edible, but it is sour, giving this tree one of its common names.1 The cultivar is tolerant of particularly wet sites and is native to wetland and riparian habitats. It is found throughout the eastern half of the United States.2 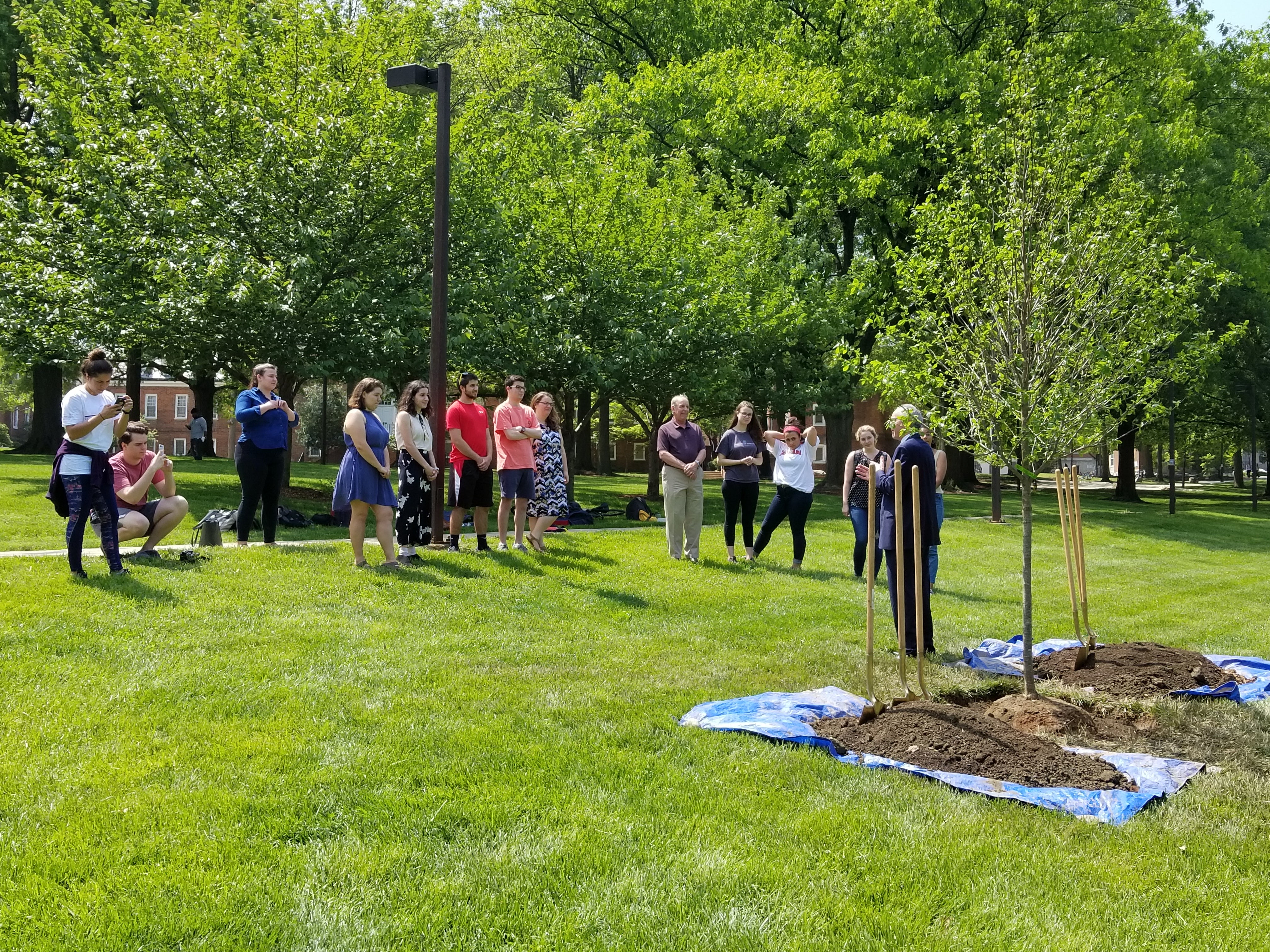