About the Virginia Tech Shooting Victims

Two flowering dogwoods are dedicated to the victims of the shooting that occurred on April 16, 2007 at Virginia Polytechnic Institute and State University (Virginia Tech) in Blacksburg, VA. Twenty seven students and five faculty members passed away in the shooting, the names of which are all listed below, and more than seventeen others were injured. The gunman, Seung-Hui Cho, a South Korean immigrant and student at Virginia Tech, struggled with serious mental health issues and also died in the incident. The tragedy was at the time the largest mass shooting by a single gunman in contemporary American history. It brought up several questions on gun violence and its link with often missed or mishandled mental health issues, and campus safety, which led to lasting reforms on how campuses across the US on campus and gun safety issues. All of the injured students returned to campus to graduate.1

Remembering those who passed (with links to individual biographies):

About the Flowering Dogwood

The trees dedicated to the Virginia Tech victims are located east of the Memorial Chapel. It is a flowering dogwood (Cornus florida), a small, flowering deciduous tree native to eastern North America. The tree grows to be 20-40 feet tall and has one or more short trunks with a crown of nearly horizontal branches.. The flowering dogwood has long-lasting blooms that start in the early spring2 with insignificant yellowish-green flowers in button-like clusters that are surrounded by four showy, white petal-like bracts (modified leaves, like in a poinsettia) that open flat like a flower. The tree features red fruits that mature in late summer to early fall and are inedible to humans but a favorite of birds, as well as oval, shaped dark green foliage that turns scarlet in autumn.3 Native Americans used the aromatic bark and roots as a malaria treatment as well as for red dye.2 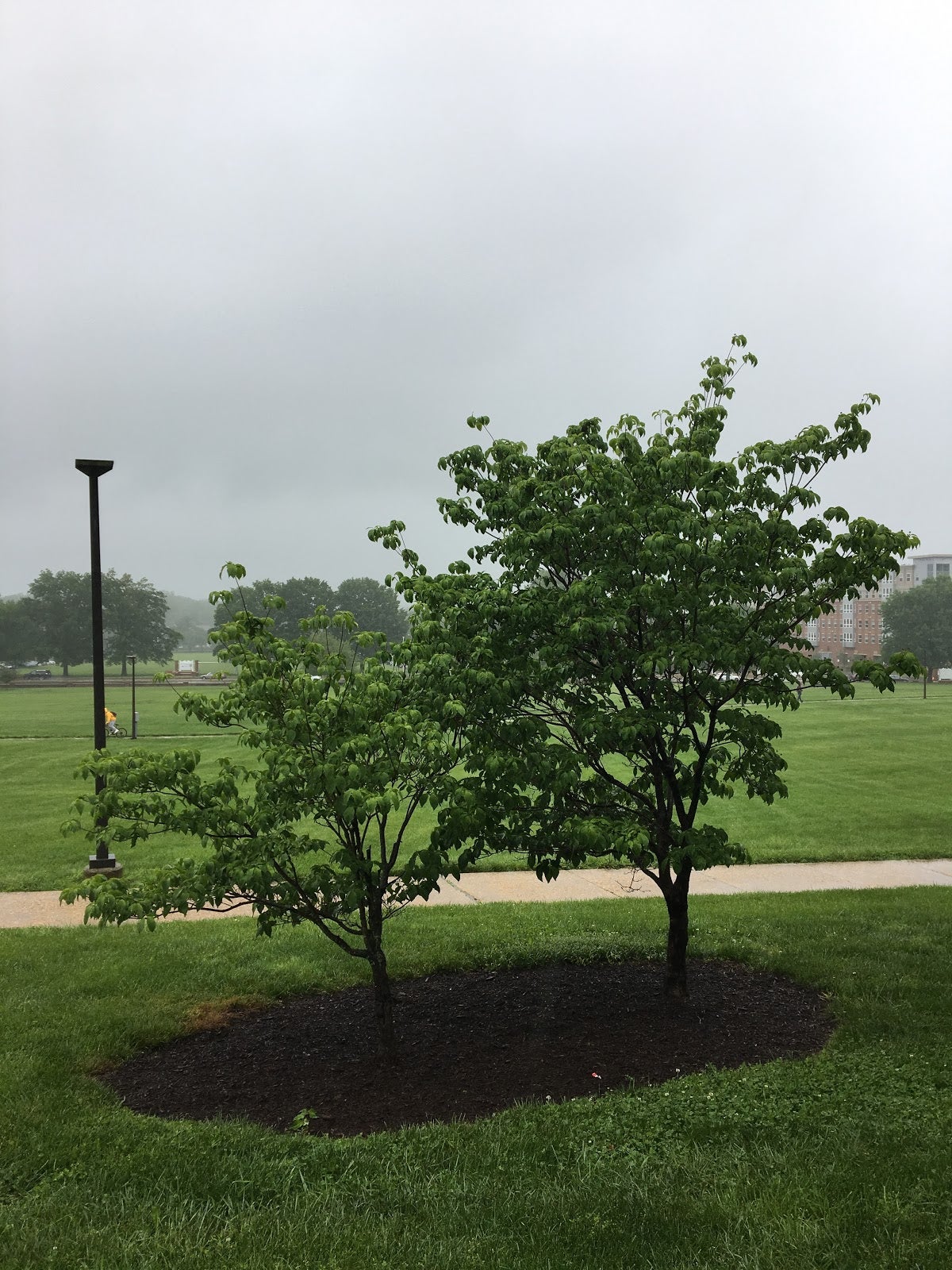